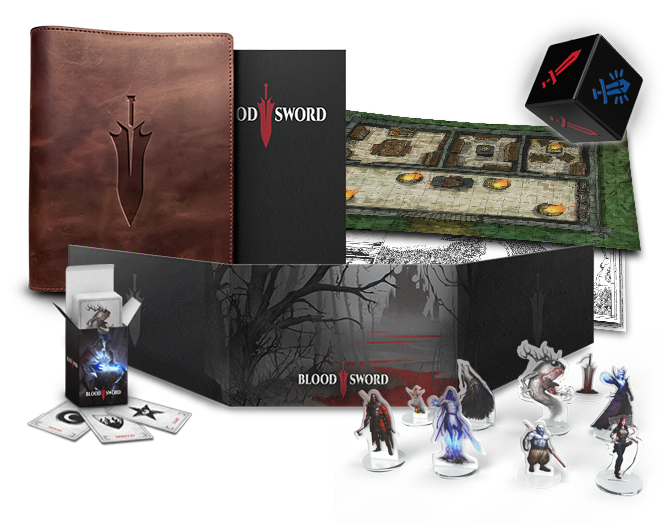 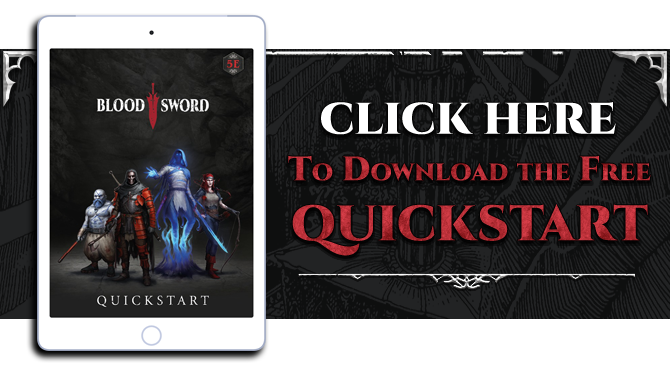 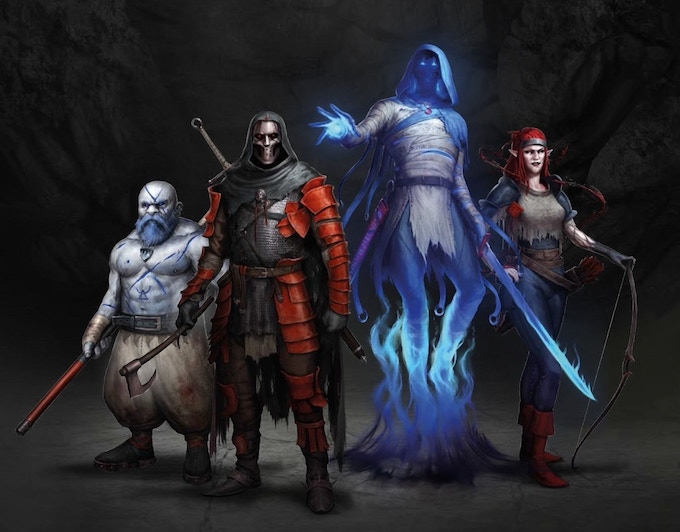 Blood Sword, the legendary 1980s gamebook series by Dave Morris and Oliver Johnson, returns with a new Handbook based on the 5th Edition of the most popular RPG ever. During its release, the title represented the first series of interactive novels that allowed you to play alone or in a group, inserting itself between the gamebook and the RPG, thus allowing its readers to immerse themselves in a fantasy and dark universe, soaked with lethal magic and populated by mighty sorcerers and frightening creatures. That revolutionary work, enclosed in five volumes, met an overwhelming international success, thrilling entire generations of adventurers and remaining a best-seller even today, after numerous reprints. Now it is time to give new life to the gloomy and glorious atmospheres that made this classic so famous with an adaptation in which you will rediscover the characters, weapons and dangers of the series, but also new classes, threats and unreleased plots! 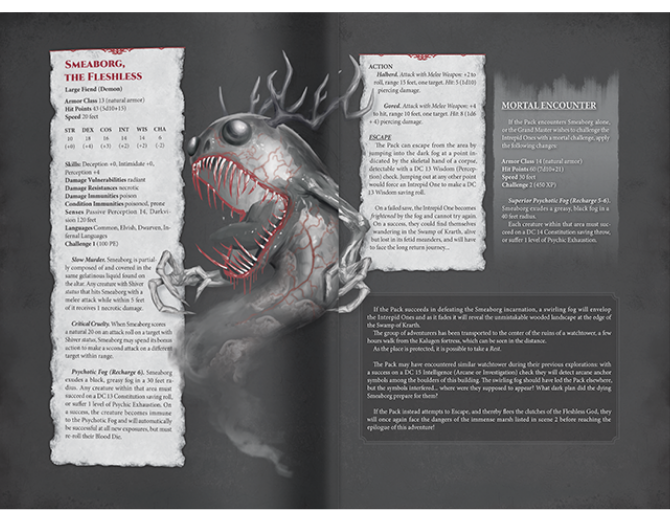 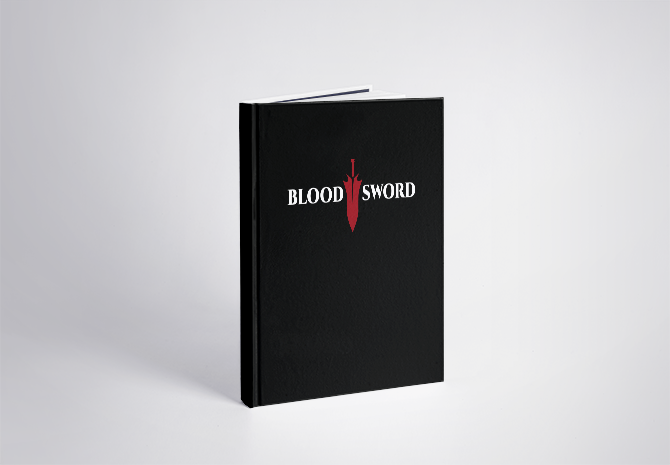 The Blood Sword 5e Handbook will contain approximately 250 richly illustrated and colored pages with maps, characters, opponents, monsters and other evocative images of Legend, a land of adventurers threatened by unspeakable horrors. Inside it you will find... 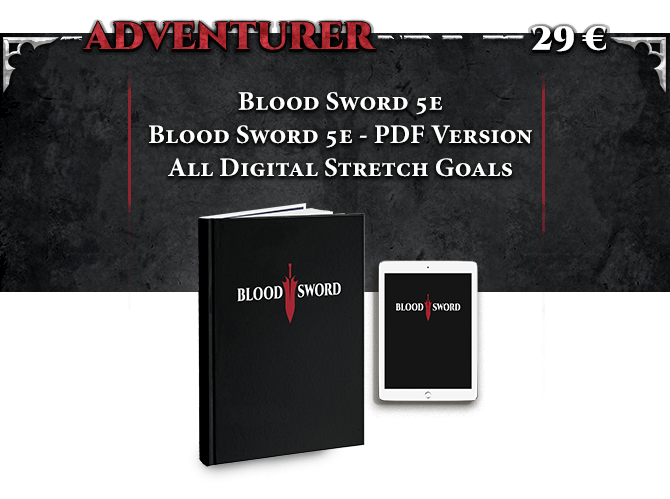 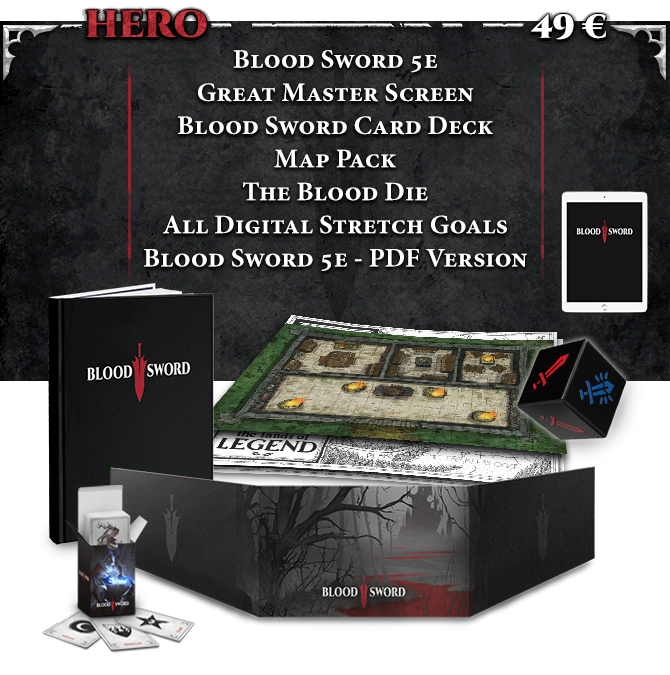 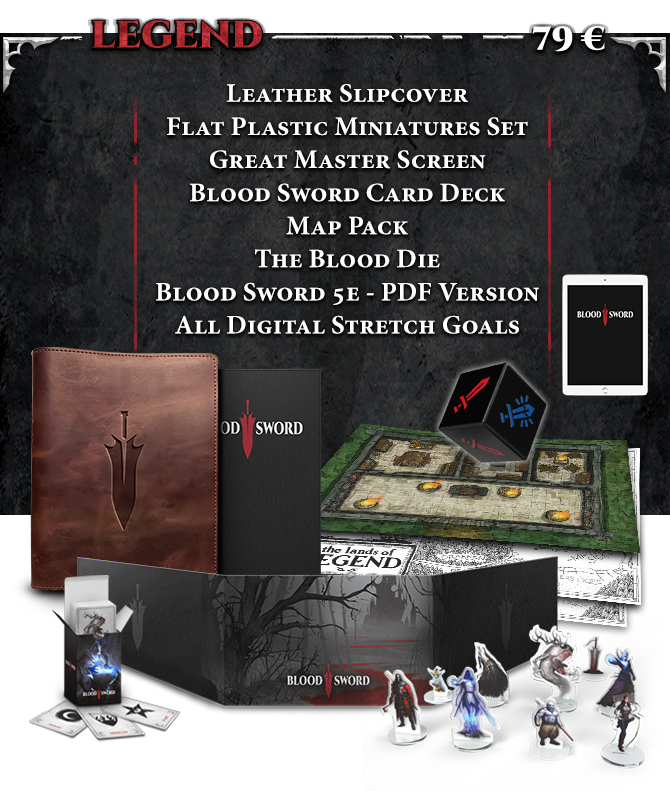 The year is Anno Sancto 993. Dark omens fill the prophets with disturbing visions as the end of time approaches. The Ruling Knights of the borderlands that flank the Doomed Plain of Krarth are busily contracting hordes of mercenaries of the worst ilk imaginable and forming alliances with their enemies, in view of the imminent war with a threatening force that, for centuries, they had believed to be extinct.

To the east, beyond the Mistral Sea, in the remote and strife-ridden lands of the Kingdom of Wyrd, buried and long-forgotten obscure entities now connive together to plot the conquest of the known world, forging monstrous legions with iron, flesh, and black magic. Their power can be matched only by martyrs, heroes, and other miserable forces of good who will try and slow their advance at any cost.

Certain survivors, driven to the brink of insanity by the horrors they had faced, furtively describe macabre rituals that will bring back the True Magi: five ancient, powerful, and bloodthirsty enchanters who ruled over Legend at the dawn of its written history.

Blood Sword is the only weapon capable of opposing their evil power. Your mission is to retrieve its fragments and thus bring an end to the impending doom, but to do so, you will have to face trap-ridden labyrinths, fearful beasts, and enemies of all kinds and shapes! Now an arduous and dangerous path awaits you; you will have to make critical decisions at every turn and your boldness will be put to the test… time and again. If you die, the world will die with you. 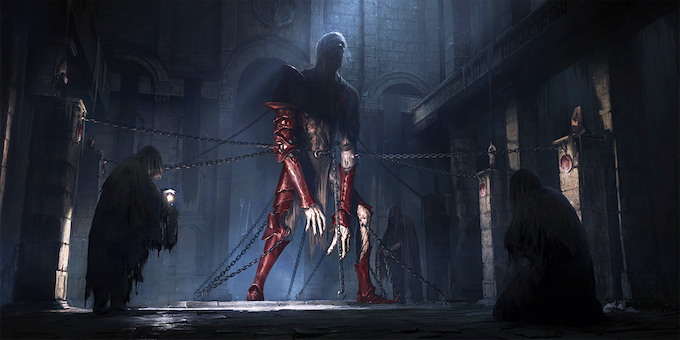 The world of Blood Sword is dark and lethal. Get used to getting lost in intricate mazes or being subjected to dark powers - heroes don't have time to catch their breath here, and every turn can be deadly. Adventurers will have to overcome not only physical and brutal encounters, but also deceptions and puzzles managed by the Grand Master, the player who will define the course of history, but also the ferocity of the enemies and the difficulty of all obstacles. Here are some of the new elements previewed in the Quickstart that have the function of recreating a grimdark atmosphere, capable of combining the typical lethality of old school games with a fate far worse than death...

Each Blood Sword adventure contains one or more Crossroads, which are crucial moments that require a decision by the adventurers to move forward in the story. Based on your choices, the path taken and the findings, it will be possible to unlock one or more possible Scenarios. Each Crossroad includes encounters with non-player characters, intellectual challenges, puzzles or battles that can be overcome without necessarily drawing weapons, but the consequences are unpredictable and known only to the Grand Master.

The world of Blood Sword is cruel and punishing, but it rewards adventurers who can prove their worth. In some moments you will have to test your courage and the outcome will determine advantages and disadvantages for the individual player or even for the whole group. A fundamental element to define your condition during the adventure will be the Blood Die: a black die with a sparkling red sword on three faces, to indicate the status of Audacity, and on the other three a broken blue sword, to indicate the status of Shiver. 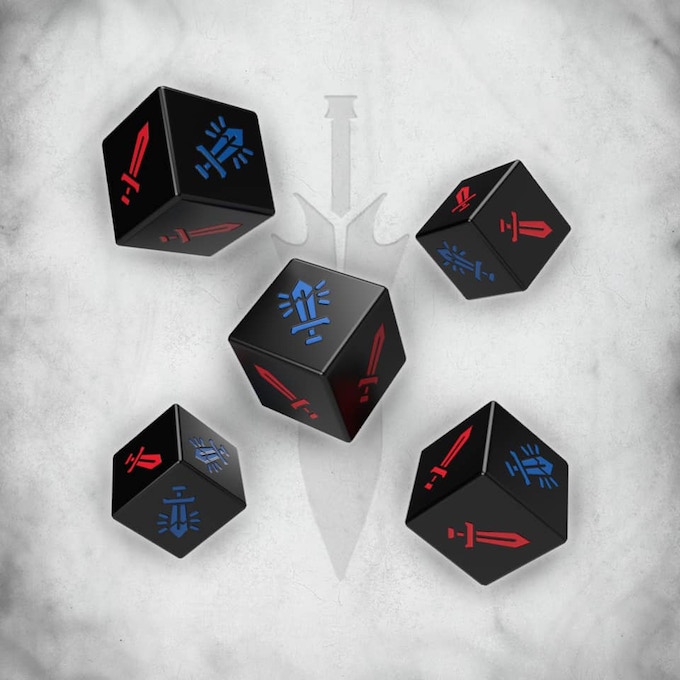 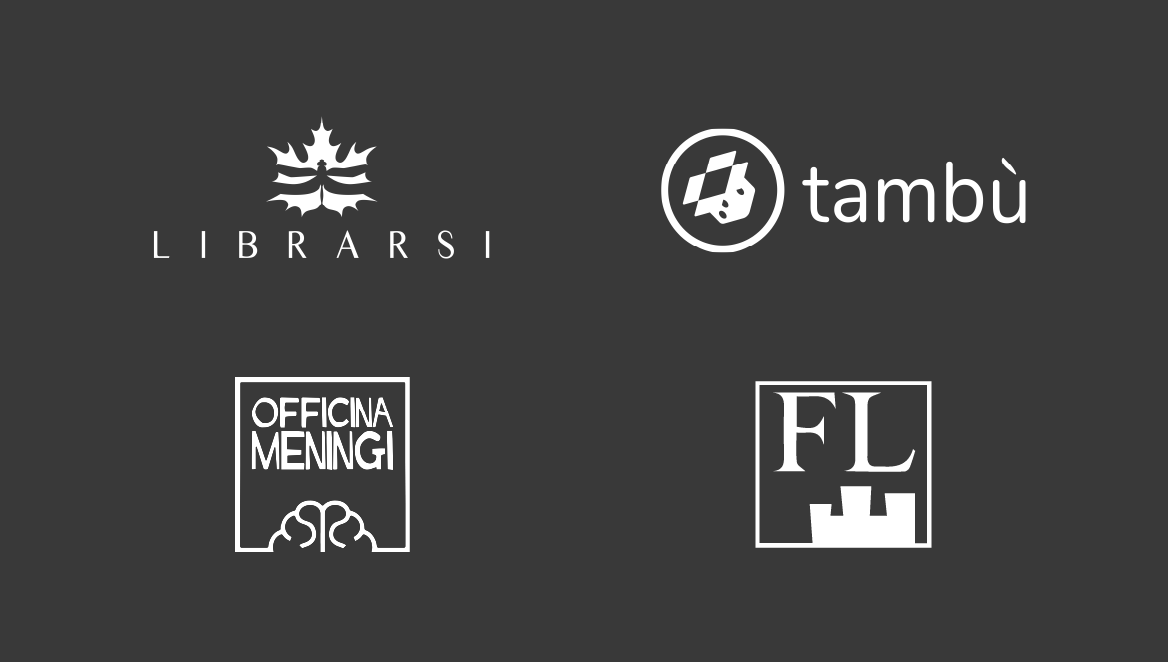